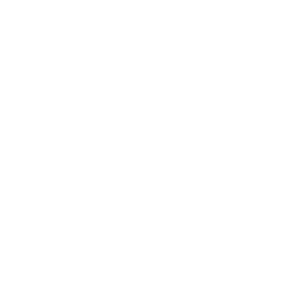 According to Margarete Stokowski et al., the last days of the Patriarchate have finally begun, but Florian Illies of all people did not receive the memo. This is already indicated by the subtitle of his work – the second part of 1913. The summer of the century – which, incidentally, is really worth reading: “What I absolutely wanted to tell you.“

Illies again strings together scraps from diaries, letters and the work of the Who is Who of the fin de siècle and those same pre-war years, and that would also be quite cool again…wouldn’t there be that taste. Let’s start with the premise: the “revolution leaders all want to turn the world upside down with words and sounds and pictures.” There follows a long enumeration of the great guys from Musil to Trakl – all male, without exception. (So the women found everything just grand; no right to vote, limited to stove and home…nothing to turn upside down here.)

But if a woman appears in what Mr. Illies really did want to tell us, then always in tiring clichés à la: “young, very blond, very pretty”, “enchantingly young and beautiful”; or “caring” – so that the man, the genius, does not catch a cold. Unfortunately, for Illies, all ladies who have passed the age of 30 are “neither particularly young nor particularly beautiful” or something similar. The desire to read already clearly dimmed, I reach the passage that speaks for itself deafeningly loudly: “Tilly Durieux is (…) one of the six central female figures of the time around 1913, she was one of the great femmes fatales.” And put the book away (I see, to be central, woman must be fatal; and there were only six of them “in the time around 1913”, wow, okay). To say it with the awesome author and punk pioneer Viv Albertine:

I see male dominance everywhere. Some nights I can’t bear one more male face on the TV. I don’t want them in the corner of my living room. Or one more of their books. One more clever painting, one more lazy song.

This attitude of a bestselling author of today (both Heinrich Mann, quoted by Illies and, for instance, Friedrich Nietzsche had clearly more progressive views regarding the spiritual equality of the ladies) is problematic above all if he has a great influence as publisher and member of the Nannen jury. Thus, the author, let’s face it, is a multiplier of the alarming trend of regressive developments that can currently be observed. Because when women are pleasured…erm, sorry, published or awarded – in general it still happens much less than with their male colleagues, see the shitstorm around the autumn program of Hanser publishing house – then kindly – yes, exactly – let them be young And best of all, of course, also pretty; Ms. Stokowski, of all people, belongs to Rowohlt publishing house.

Also not funny is the fact that the female authors’ earnings drop drastically the older they dare to get. Here are simply my 5 cents’ worth from the neither expressly young, nor particularly beautiful; but rather angry (angry women are not ok at all! Although rage empowers…no. BECAUSE rage empowers) bracket – even if it’s now not going to be Nannen prize nor Rowohlt book for me for good: Mr. Illies and other prehistoric males, the tale is told. What would be thrilling now? The lives of a hundred other interesting women – around 1913 or today. As Viv Albertine, for example, tells it in her memoirs ‘To Throw Away Unopened’:

For sixty years I’ve been shaped by men’s point of view on every aspect of my life, from history, politics, music and art to my mind and my body – and centuries more male-centric history before that. I’m saturated with their opinions. I can think and see like a straight white man. I can look at a woman and objectify her, see her how a man sees her.

Never mind being fuckable. Rather, let’s become one thing, ladies:
UNFUCKABLE WITH.

We use ActiveCampaign as a marketing platform. By clicking above, and signing up, you acknowledge that your information will be submitted to ActiveCampaign for processing. Learn more about ActiveCampaign's privacy practices here. This website is protected by reCAPTCHA and Google's Privacy Policy and Terms of Use apply.